UK Warm Up - For Mannix 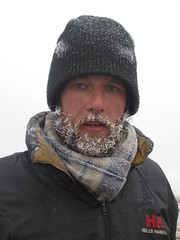 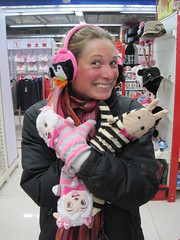 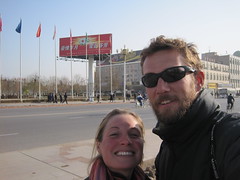 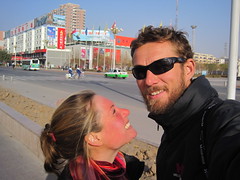 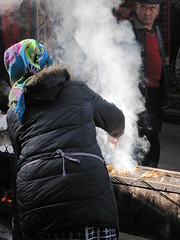 No idea what the meat was though, we tried and the closest we could guess was pig fat... :) 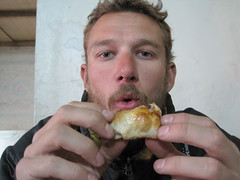 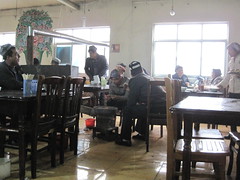 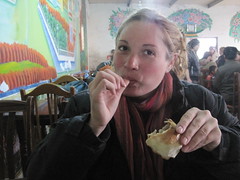 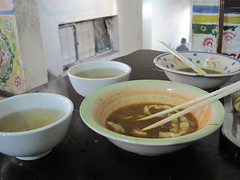 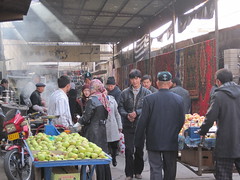 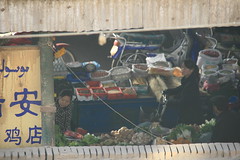 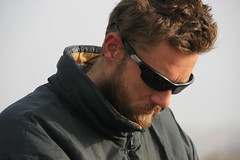 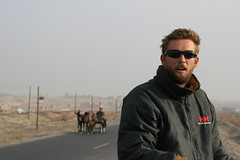 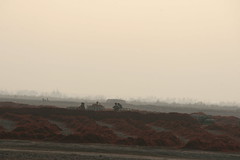 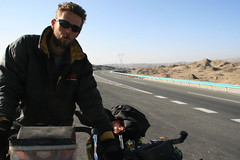 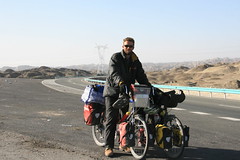 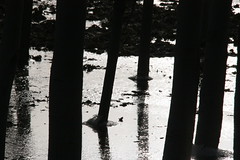 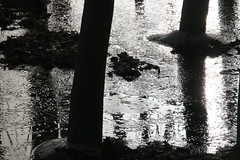 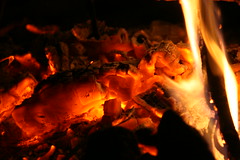 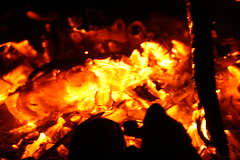 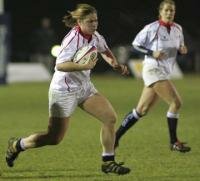 Q. Hi Spence! The men in your family have a strong rugby interest, what did they make of your interest in the sport?

A. I think it was a fairly natural move for me to start playing rugby. I had mucked about with a rugby ball in the back garden with my 2 brothers and then started playing mini rugby at Folkestone in the same team as my twin brother when I was about 8. In our family it has never really been an unusual thing for me to play - my Mum was very sporty too, mainly playing Hockey, but she also really enjoys watching rugby. I am really lucky in that I have a very proud and supportive family.

Q. Women’s rugby is comparatively new compared to the men’s game, are you pleased with the growth of the sport so far?

A. The growth of women’s rugby has been fantastic and plain to see. The differences now to when I started are immense. There are so many more opportunities for girls to take up the sport now with the introduction of Tag Rugby and there are loads more youth teams which means that we are less lucky to lose girls from the game between the ages of 12 and 18. Hopefully the sport will continue to grow - especially with the World Cup on home soil just around the corner which should keep the momentum going and introduce more people to the sport who might not necessarily have previously watched it. There are 13 games being shown live on Sky which is fantastic coverage for us.

Q. We have already discovered many pockets of women’s rugby across Europe, all of which have been in awe of English women’s rugby.  What message would you give to them?

A. We have a great set up here in England and have a great coaching and management team but as individuals there is not a big difference between us and the other rugby playing nations across Europe. We work incredibly hard and have a very professional attitude to our sport but we still have to go out and earn a living away from rugby in order to pay the bills. We have a great squad at the moment and all really enjoy our rugby. At whatever level you play the most important thing to remember is to enjoy the game; if you are enjoying it then you will most certainly be playing well and the results will take care of themselves. It seems that women’s rugby is growing across Europe which is fantastic, we just need to keep this going and play well and hopefully inspire many more future international stars.

Q. People say to me that being a cyclist, I can now eat whatever I like (I take this to mean I can scoff chocolate 3 times a day).  Does the same apply to being a rugby player given the intense training you must do?!

A. I wish it did!!! I love chocolate and ice cream and curry and generally anything bad for you but this does not mean that I eat it every day!! I have the occasional treat, which I think is important, but generally when you are training and playing as an international athlete you have to look after your body in order to get the best out of yourself for you individually but also for your team mates. We have to make sure that we get the correct balance of food and eat at the right times to fuel us before training or to recover efficiently following training or a game.

Q. Many women would view rugby as a male sport, how would you encourage women to have a go at playing?

A. I love rugby and could not imagine my life without it. I have met some of my best mates through rugby and even met my boyfriend through the sport. Socially it is a great sport but it also is a great way to stay fit. There are so many different strands of the game so if the contact aspect of the game is not for you, which for the record is the best bit!!, there are also non contact forms of rugby. Most major towns or cities run summer touch leagues where there is no contact at all. If anyone is looking for something a little bit different then I would urge you to give it a go - even if it is cold and wet and raining. I have had loads of free mud packs now - a lot of people have to go to a spa and pay for that kind of thing!!! 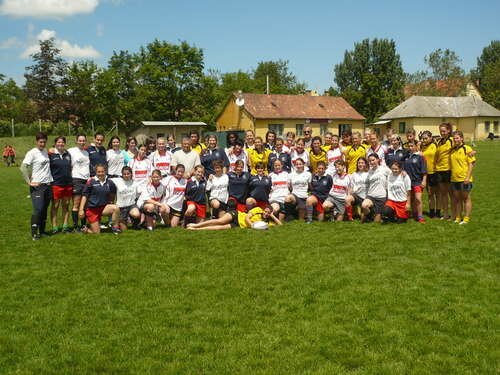 Whats your background as in how long have you played, why did you start playing rugby e.g. what first attracted you to the sport?

My father is a well-known rugby trainer in Hungary, therefore i got involved in rugby when I was born. But truth to tell I used to do a lot of sports, I was doing athletics for 6 six years, for example. I started to play rugby when I was 16 and not because of the family traditions, but friendship and team spirit.

What position do you play now?

In Central Europe we mostly play rugby 7's, my position is fly-half which I always wanted to be. 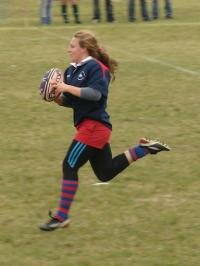 What did you non rugby playing friends think when you got involved in the sport - lots of people we have met think its a dangerous sport or not a sport for 'girls'!!

There are a lot of reactions if I tell somebody 'I play rugby'. The most frequent answer is a question 'what are you playing?', because of misunderstanding. You know, rugby is not a well-know sport in Hungary. After I explain it, they are a little bit surprised, and asking questions about injuries and danger. There are some men who think in stereotypes, because they are persuaded that a women who plays rugby is losing her feminine side or we are warriors in feminism or we can't be good mothers or wifes, which is obviusly not true. But for example, my best friend thinks this sport is exiting, she always loves to watch it and listens to my stories about it.

How do you see womens rugby developing across the globe? What about in Hungary? Do you hope one day to be playing in the World Cup?

Womens rugby is developing – it is a fact, and fortunately it is developing in Central Europe as well. We are working hard to be better and better. We have a FEn-league here, in wich Austria, Croatia, Slovenia and Hungary play matches against each other every season. We also have a big training camp and tournament in every spring (thanks to the organizer, Renée Carmine-Jones) which had been taking place in Hungary for 2 years and a lot of nations were coming and spent a great rugby-time together.
In Hungary there are 5 women teams now and there is a 7's rugby national championship and there are 2 touch rugby teams. The national team is better and better every year, our big object is to win the 7's European championship group B in 2011 and go finally to group A!
And of course, I would like to play in the World Cup, but the circumstances are not enough good yet, I mean there is not enough players, teams, trainers and so on, but maybe, one day hungarian women can be there. It is just a dream for me, but for the girls who start rugby in Hungary now, can be real.

Have you travelled much through the sport - any favourite games or places for you? Who is your biggest competition right now?

I have travelled much, of course, we are traveling with the national team almost every month. We were in a Friendship tournament in Ukraine, Lemberg a month ago and next weekend we are going to Vienna. My favourite game was 5 years ago in Prague when I was first capped, sentimental feelings catch me when I am thinking about it. My favourite place is Odense, Denmark, the last European Championship was there, and we felt very good in that town and the whole country is very beautiful. We are preparing now to the next year European champiuonship in rugby 7's, that is our biggest competition, as I mentioned.

What would you say to someone to persuade them to give rugby a try?!

It is an amateur sport here in Hungary, so you lose nothing just win. If you would like to have a lot of friends from age 10 to 60 from all over the country (even from the world) let's try rugby. If you would like to know what does braveness and respect means, let's play rugby. This is what rugby means for me too.
At last here is a story inconnection with this: Our first international winning was in 2009, in a 7's tournament in Zánka, Hungary. It is a memorable moment for 3 reasons: 1. I played there first as a captain, wich is a great honour for me. 2. So many rugby fans came to watch the game and support us in a stadium, which means they accept womens rugby and our team. 3. We had never ever won before a noble tournament together. We did not play well, we just believed in winning and each other. It is the biggest experience to score a try if you know that the whole team is with you in that moment!